In 1990, the federal government passed the ADA (Americans with Disabilities Act) which helped protect the rights of persons with both physical and mental disabilities. It was needed because many public places were not accessible to these persons, and they were unable to access important places, such as hospitals, grocery stores, and government buildings.

In 1991 the ADA was expanded to include detectable warnings for all areas where public walkways intruded on motorways, such as sidewalks, crosswalks, and platforms for trains and subways. The Department of Justice (DOJ) was assigned to oversee the ADA and to make sure that all public areas were compliant with the ruling.

Also in 1991, the DOJ placed a suspension on the detectable warning part of the act to allow different entities to research the viability of various designs for different surfaces. This included grooves, striations, and exposed aggregate at many crosswalks and intersections. The suspension did not include transit platform edges, such as those next to subways, because the danger there is much greater than on a motorway.

In 2001, the DOJ chose to let the suspension expire because research showed that the methods explored were not as effective as truncated domes as most of them could be mistaken for irregularities often found on most walkways.

To help you be compliant with the ADA requirements for sidewalks, please call ADA Tile at 800-372-0519 for more information. 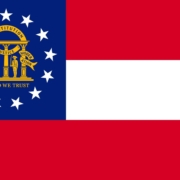 A Guide to ADA Compliance in Georgia 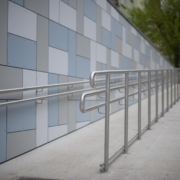 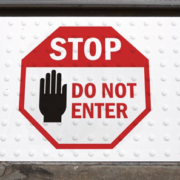 What Is an ADA Violation? 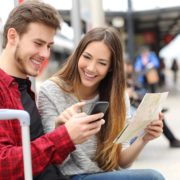 Who Is Seiichi Miyake and Why Did He Make Truncated Domes?

Why We Love Detectable Warning Surfaces (and You Should, Too!)
Scroll to top