Detectable warning surfaces play an important role in our society’s efforts to improve safety and quality of life for men and women with disabilities. These truncated domes give sight-impaired people warning of hazards that may be present when they’re crossing streets or boarding trains or buses. A growing number of municipal governments and businesses are adopting them to meet Americans with Disability Act requirements and because it’s the right thing to do. 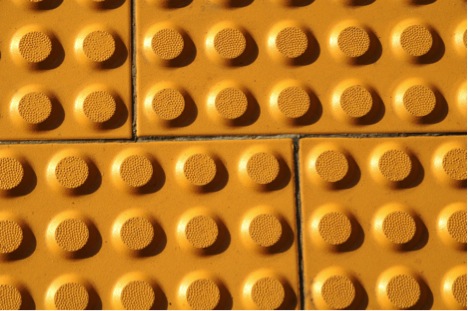 Significant Sight-Impaired Population in the U.S.

There is a large population in the U.S. of the sight-impaired. The term “sight-impaired” is broad and covers a wide spectrum of people, including those who are legally blind and those who suffer from vision loss. According to the National Federation of the Blind, there are more than 7 million people in the U.S. who have significant vision loss. Worldwide, the World Health Organization estimates that 285 million people are visually impaired, and 39 percent of them are blind.

One of the major challenges of living with sight impairment is the impact it has on daily tasks that the sighted often take for granted. Tasks like walking to a nearby location or using public transportation become significantly more difficult—and even dangerous—when one cannot see obstacles and hazards in one’s path.

A study published by the National Center for Biotechnology Information found that blind people have significantly more difficulty in safely crossing streets when they had to rely on hearing alone to navigate the crossing. Truncated domes on ground surfaces provide a tactile warning to sight-impaired people that hazardous conditions or a change in conditions lies ahead, reducing the chance that these men and women will be injured. 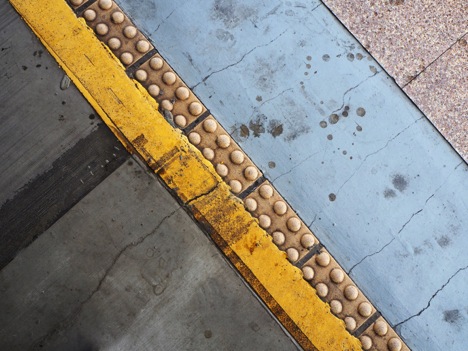 What Are Detectable Warning Surfaces? 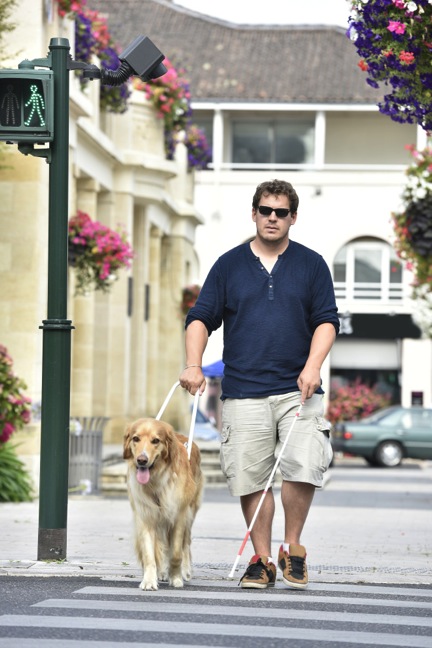 The Americans with Disabilities Act is the major piece of U.S. legislation dealing with access to facilities for the disabled. Originally passed in the 90s during the first Bush Administration, the ADA provides protections to people with disabilities, similar to those granted to various ethnic and religious groups under the 1964 Civil Rights Act.

The ADA is a complicated piece of legislation and covers many things, including accommodations at work for the disabled and how private and public facilities are designed. Making the legislation even more complicated is the fact that it is updated from time to time by the Department of Justice.

In general, when new ADA rules come down, facilities owners don’t have to tear up existing facilities to comply with the new regulations. Instead, when and if they upgrade their facilities, new construction must comply with ADA rules. This keeps business owners and municipalities from having to spend a lot of money to upgrade facilities every time new rules are announced.

In 2010, the U.S. Department of Justice released its 2010 ADA Standards for Accessible Design, which included new rules regarding facility design to improve accessibility for individuals with disabilities. The new guidelines were intended to improve accessibility to public and private spaces for people with disabilities, including the sight-impaired. The 2010 regulations revised regulations established in 2001. 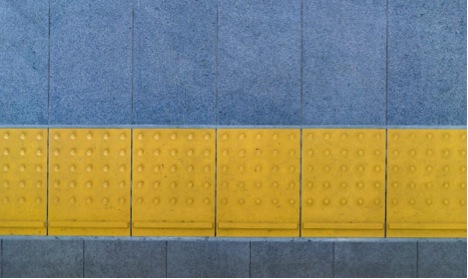 The 2010 revision created some more lenient technical requirements for truncated dome sizes and placement on detectable warning surfaces. According to the new rules, domes should have a diameter of 0.9 to 1.4 inches. Their center-to-center spacing should be between 1.6 to 2.4 inches. Dome height should be 0.2 inches. The new guidelines give builders and facilities owners a little more leeway regarding spacing and diameter.

The major impact of the 2010 revisions to the ADA Standards for Accessible Design concerned changes to where detectable warning surfaces are required. According to the 2001 standards, truncated domes were required on curb ramps, in front of doors to hazardous areas, at dangerous vehicular areas, at transit platforms, and around the edges of reflecting pools. 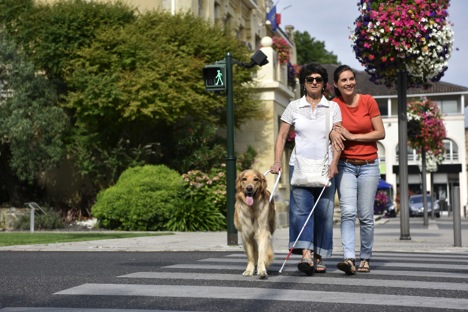 The new standards are less demanding. Detectable warning surfaces are now only required on curb ramps in the public right-of-way and on the edges of transit platforms.

While many businesses don’t have to comply with ADA rules regarding detectable warning surfaces, compliance may be a good option, anyway. Having these surfaces in place could help businesses fight claims of negligence should disabled people be harmed on their properties. Installing infrastructure to make a property more accessible will also win a business the support of the disabled community in their area and will certainly be good public relations for that business.

Investing in making your facilities more accessible to people with disabilities can provide a nice return on your investment. The disabled community is growing in influence and wealth, and catering to this often-overlooked population can be lucrative. Nielsen estimates that one in three households in the U.S. has a member with a disability, representing more than $1 billion in spending power.

People can’t shop where they can’t go, so, by improving your facilities to make them more accessible for people with limited vision, you open your business to a group of customers with whom few other companies are doing business.

As municipalities upgrade and replace their sidewalks and other pedestrian infrastructure, many are adopting detectable warning surfaces to comply with ADA regulations and to receive grants linked to compliance.

For example, in Leetsdale, PA, the city government recently received funds from the Community Development Block Grant initiative, a federal program that aids low to medium-income areas. The funds are being used to renovate sidewalks on a major thoroughfare to be wider and to incorporate detectable warning surfaces. CDBG grants require sidewalk renovation projects to be ADA compliant.

Woodland Park, N.J. recently received $575,000 from the New Jersey Department of Transportation for upgrades to an often-traveled streetscape. The project will make a stretch of McBride Avenue more pedestrian- and bike-friendly and allow more convenient access to local merchants. A number of ADA renovations are being funded by the project, including the installation of barrier-free curb ramps, detectable warning surfaces, and more.

For municipalities and businesses considering making ADA-compliant changes to their facilities, partnering with a reputable maker of ADA compliant building materials can help ensure these projects are a success.

ADA Solutions is a leading manufacturer of detectable warning surfaces in North America. In business for 20 years, the company manufactures a variety of tactile dome and related products, including easy to install cast-in-place surfaces, durable surface applied panels for existing concrete or new construction, radius systems for curving surfaces, and more. If you’re looking to upgrade facilities and need an ADA-compliant ground surface, consult with ADA Solutions now for safe and reliable products.

The History and Evolution of Detectable Warning Surfaces

How to Make Your Shower Handicapped Accessible
Scroll to top