Have you ever noticed bumpy colored panels at a public transportation stop or even when exiting a store? Most people simply walk over the textured surface without giving it much thought, but these panels aren’t installed just because. They serve a huge safety purpose for those with disabilities.

Here’s what you need to know about replaceable tactile panels and why they’re so important.

What You Need to Know About Replaceable Tactile Panels

Replaceable tactile panels, also known as dome mats and ADA pads, play a vital role in the safety of those with disabilities. These textured panels exist to act as a physical alert that there is a transition from sidewalk to a road. The replaceable panels mostly benefit the disabled, especially those with visual impairments.

However, knowing what these panels indicate can also keep you safe in the future as well! If you’re like most people, you know the hassle of walking while distracted. In the event that you’re using your phone or tending to your child, it’s nice to have a physical cue that lets you know that you’re nearing a roadway.

Are the Panels Legally Required?

The Americans with Disabilities Act (ADA) was enacted in 1990. When the law was first passed, it gave a 10-year exemption for researchers to determine the feasibility of using detectable warning systems on sidewalks, roads, and streets.

By providing a way to alert those with disabilities that a hazardous drop-off is nearby, it’s much easier to keep everyone safe and out of harm’s way. Getting around shouldn’t be dangerous, no matter if you have a visual impairment or not!

Because there are many nuances associated with this ADA mandate, it’s best to work with a company that knows the law. ADA dictates the size, spacing, and other details that must be followed when installing detectable warning systems. 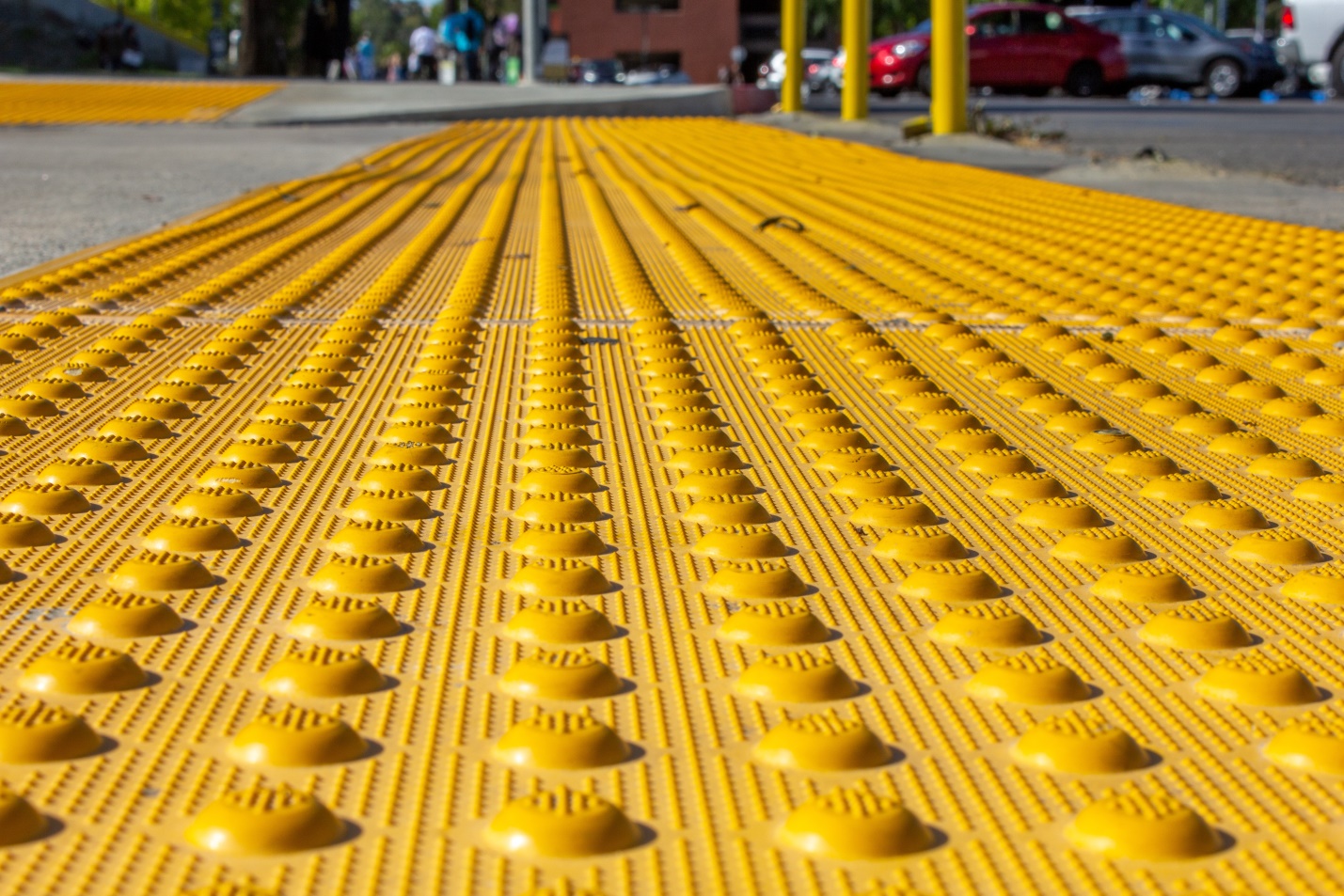 ADA Solutions has offered cast in place replaceable tactile panels since 2006. We’ve installed more than 18 million square feet of these revolutionary panels. Our product is delivered pre-assembled and offers an extra heavy-duty anchoring system that ensures easy insertion and embedment.

If you’re looking for a replaceable system that’s superior to any other product on the market, look no further than ADA Solutions. Call us at 1-800-372-0519 for a free quote from your detectable warning experts.