The Americans with Disabilities Act (ADA) is a landmark civil rights law. Passed in 1990 by the first Bush Administration, the ADA has changed life immeasurably for millions of people with disabilities.

One of the ADA’s greatest impacts has been in making public spaces more accessible via tactile warning surfaces, curb cuts, wheelchair ramps, and other aids. It also helps prevent discrimination in employment and education, helping to level the playing field for all members of society, regardless of physical or mental ability.

As one survey respondent told researchers at the University of Texas:

“I am able to work, volunteer at my son’s school, and receive help
from government agencies because of the ADA. Most importantly, I
am able to be a vibrant part of the community because of the ADA,
which has a big impact on people with and without disabilities.”

Life Before the ADA’s Passage

Imagine being turned down for a job because of a speech disability even though you’re able to perform all the required duties of the job. Or not being able to enter a courthouse or use public transportation because there are no wheelchair ramps. This was the reality 50 million people with disabilities faced every day before the ADA was passed.

Even when accommodations did exist, they were often inadequate, making it difficult for people with disabilities to get around and use public services. By passing the ADA, America prioritized inclusiveness. 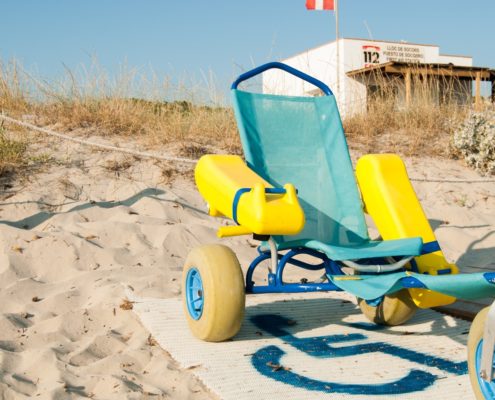 Who Is Protected by the ADA?

The ADA defines a disability as any physical, mental, or psychological impairment that substantially limits a major life activity. Examples include a physical disability that makes a person unable to walk or a mental disorder, such as schizophrenia, that limits a person’s ability to work.

The ADA broadly defines the term “impairment” as any physiological disorder or condition, cosmetic disfigurement, or anatomical loss that affects one or more body systems, including:

The ADA is broken up into five sections or “titles.”

This section protects impaired individuals from discrimination in employment.

This section prohibits discrimination against those with disabilities by “public entities” (state and local governments).

This section prohibits public spaces from discriminating against those with disabilities; this includes privately owned or operated facilities, such as hotels, restaurants, health clubs, movie theaters, etc.

This section sets standards for telephone and internet companies. Communication systems must allow those with hearing and speech disabilities to communicate, and federally funded public service announcements (PSAs) must include closed captioning.

This section contains various provisions pertaining to the ADA and contains a list of conditions not considered disabilities. 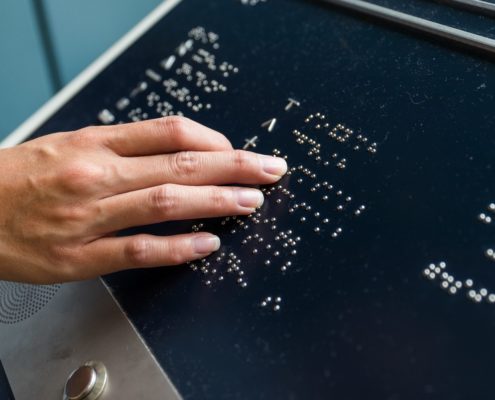 Criticism and the ADA Amendments Act of 2008

In the early years after enactment, there was evidence that the employment rate among men with disabilities dropped,1 but a later study found this was a short-term reaction, concluding that the ADA has ultimately resulted in neutral or positive gains in employment among disabled people.2

In 2008, the ADA Amendments Act of 2008 (ADAAA) was signed into law, broadening the definition of disability.  By making it clearer that the ADA is intended to provide broad coverage to protect anyone who faces discrimination on the basis of disability, the ADAAA has led to greater coverage of impaired employees.

How ADA Requirements Help People with Disabilities Get Around

Among the most visible ways the ADA has changed public spaces is requiring curb cuts in sidewalks, wheelchair ramps, handicap parking spaces, and detectable warning surfaces (such as the colorful bumpy surfaces outside store entrances, public walkways, and many other spaces).

These simple but effective solutions have changed the game for people with disabilities. As one person put it, “The ADA has helped people gain access to public accommodations with attention to things like curb ramps, accessible parking, buses with lifts and ramps, etc.” 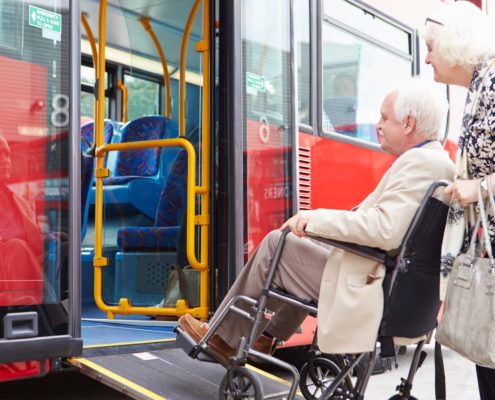 These surfaces are required by the Americans with Disabilities Act (ADA) and must be installed along public rights-of-way for accessibility. The surfaces must also meet specific guidelines for geometric shape, height, alignment, and spacing of the truncated domes (surface bumps).

ADA Solutions is proud of the role it plays in making public and private spaces more accessible to people with disabilities. Learn more about our products and contact us for a free quote.

The Importance of Tactile Warnings

How to Promote Pedestrian Safety
Scroll to top